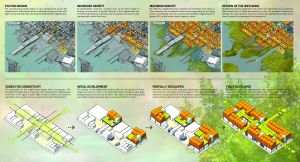 On June 14, 2014, President Obama announced the National Disaster Resilience Competition. Responding to demand from state, local and tribal leaders who are working to increase the safety and security of their communities, the nearly $1 billion competition will invite communities that have experienced natural disasters to compete for funds to help them rebuild and increase their resilience to future disasters.

The competition will support innovative resilience projects at the local level while encouraging communities to adopt policy changes and activities that plan for the impacts of extreme weather and climate change and rebuild affected areas to be better prepared for the future. As last month’s National Climate Assessment made clear, climate change is no longer a distant threat. Average temperatures across the United States have increased between 1.3 and 1.9 degrees Fahrenheit since recordkeeping began in 1895. Heat waves, hurricanes, and severe storms have all become more frequent and more intense. And sea level rise is causing some communities to flood at high tides and threatening homes and critical infrastructure. These facts underscore the need for urgent action to combat the threats from climate change, protect American citizens and communities today, and build a sustainable future for our kids and grandkids.

Communities across the country are contending with more frequent or severe storms, flooding, drought, and wildfire, and have already recognized that in order to be prepared they must plan differently for a new and more uncertain reality. The competition underscores the ability communities have to not only recover from recent disasters but also rebuild better and stronger for the future. It will allow them to engage local stakeholders, nongovernmental organizations and the philanthropic sector to protect their own communities from the impacts of climate change by enhancing resilient infrastructure, building on sound science, and deploying innovative approaches to investments. These funds will enable eligible communities to access resources that help both recover from the previous disaster and make plans, decisions, and investments that make them more resilient to the next disaster.

Of the nearly $1 billion available through the U.S. Department of Housing and Urban Development’s (HUD) Community Development Block Grant-Disaster Recovery (CDBG-DR) funds from the Disaster Relief Appropriations Act of 2013, about $820 million will be available to all states and local governments that experienced a Presidentially-declared major disaster in 2011, 2012, and 2013. States in the Hurricane Sandy-affected region will be eligible to compete for approximately $180 million, to help address critical housing needs, building on the successful model set forth by HUD’s Rebuild by Design competition. All successful applicants will need to show how their proposed action relates to the disaster from which they are recovering. HUD will ensure that geographic diversity is a consideration in the selection of participating communities.