What Use Is Disaster Planning? Hurricane Sandy’s “Fantasy Documents” 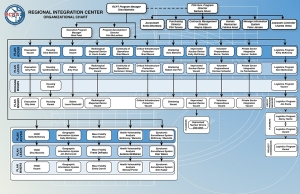 Disasters do not respect jurisdictional boundaries. The problems caused by Superstorm Sandy prompted action from hundreds of different government agencies across multiple states, and even within the New York City municipal government alone, dozens of different agencies needed to coordinate responses. For precisely this reason, governments make disaster plans. They prepare for complex, fast-moving situations by specifying chains of command, operational protocols, and collaborative best practices. And Hurricane Sandy was the first time since September 11, 2001 that New York City faced a full-on emergency that implicated nearly every aspect of the city government. So what happened to the disaster plans?

In New York, as in many other localities across the country, the job of intergovernmental coordination in an emergency is supposed to be handled by the Office of Emergency Management (OEM). New York State also has an OEM for statewide emergency planning. At the federal level, the Department of Homeland Security coordinates disaster policy, chiefly through the Federal Emergency Management Agency (FEMA). In addition, New York City participates in various regional collaborative governance efforts, including the Regional Catastrophic Planning Team (RCPT)—a Department of Homeland Security initiative bringing together emergency managers in the states of New York, New Jersey, Connecticut and Pennsylvania.

The organizational chart from the Regional Catastrophic Planning Team.

Between all these different agencies, the amount of planning that is done for potential disasters is enormous. And what did it amount to, during Superstorm Sandy, a natural disaster unprecedented for the New York region? Not much.

Our research—including confidential interviews with top officials across city and state governments—reveals that Mayor Bloomberg and his top deputies marginalized OEM from the first moments of the storm’s arrival, and instead coordinated city emergency functions directly from the mayor’s office. OEM’s extensive hurricane planning was barely touched. One senior member of the city administration said:

Another official, when asked about their opinion on the OEM plan, responded:

Staff within OEM, understandably, were not happy about what transpired. One staffer there said:

“We spent so many years in developing this plan and to have it tossed aside it just—it was ridiculous. It tore the gut out of this agency and the morale here suffered tremendously.”

While there were some personality clashes at work here, other levels of disaster planning didn’t fare any better. The extensive planning done by the RCPT remained on the shelf as well. (The same OEM official who described the hit to OEM morale when its plan wasn’t used described the RCPT planning exercise as “bullshit”.)

The sociologist Lee Clarke argues that many disaster plans should be understood primarily as “fantasy documents”. They have little probability of ever being implemented, and instead effectively serve to project confidence from the planners—to rhetorically “convince audiences that they ought to believe what an organization says” (Clarke 1999: 2). The co-chair of one of New York Governor Andrew Cuomo’s post-Sandy commissions provided a similar perspective:

“On paper, there’s a lot of things that are written into policies that look like…we do have control over this. So we do have national and local planning documents and frameworks for making those kind of decisions and who’s in charge. I think my conclusion is that all of that is somewhat delusional…. We are basically kidding ourselves when it comes to really defining how we’re going to operate in a disaster. There are just too many conflicting interests—some of which are even constitutionally or legislatively in stone in a sense—and we can’t really adapt well when a disaster comes.”

The outcome of disaster plans, in other words, is not to actually to make disaster recovery more effective (although this is certainly the intention of the people who work hard to prepare the plans), but rather to convince people—members of the public, other bureaucrats, bosses, funders—that disaster recovery will be effective. Disaster plans are attempts to make unknowables knowable, or at least thinkable within an ordered, rational framework.

In practice, during Hurricane Sandy, state actors generally performed the complex tasks of emergency response—coordination, setting priorities, and decision-making with limited or incomplete information—not by following the plans that had been established ahead of time, but by improvisation and contingency. Multiple respondents said that officials who preemptively took charge were generally not challenged regardless of their position on the organizational chart, and that where the designated leader was failing to lead effectively, other people stepped up. After all, as one city economic development official described,

“You know, as much as there may be a handbook, there really is no handbook for dealing with something like this. And a lot of people stepped up. A lot of people’s job descriptions like mine changed.”

The problem with this kind of improvised state action is that response priorities were often not set deliberatively or collaboratively. Jurisdictional boundaries—one of the main things disaster planning is supposed to help overcome—reasserted themselves, and key areas of the response (most glaringly, evacuations before the storm and conditions inside NYCHA public housing after the storm) were not given the attention they should have been.

The way government responded to Sandy is only part of the story, of course. Much of the disaster relief that occurred was spearheaded by community networks, Occupy Sandy, and NGOs. Current SRL research is comparing organizational logics that guided state actors and grassroots community actors in their respective Sandy response efforts, and we will report on these findings in the weeks and months ahead.

From: Blog
← Union of Concerned Scientists: Sandy, One Year Later
Community Voices on the Recovery: Sandy and the Election, Part 1 →
One Comment